As a member of Point Loma Nazarene Universities Rugby Club I traveled from San Diego up to Palo Alto for a rugby match against Stanford last weekend. With such a great opportunity falling on my lap I knew I had to make a weekend out of it.

Connecting with friends at UCSB, Cal Poly SLO, and Sonoma State, I pulled together a 5 day solo road trip up the California coast. In the process I found some great outdoor spots that I knew I had to share with y’all.

(And in case you were wondering – we beat Stanford!)

As soon as I got out of class on Thursday I loaded up my car with all the gear I would need for any adventure that might come my way (Surf board, snorkel set, camel back, running shoes, etc.) and with excitement I jumped head first into the weekend.

Traffic extended the drive to about 5 1/2 hours, so I unfortunately reached my friends apartment a little too late for surfing, but the drive up into Santa Barbara is beautiful! Aware of this I set up my camera to catch up couple pics.

All that time driving was well spent listening to the audio version of John Krakaur’s book Into Thin Air, a personal account of one of Everest’s most infamous climbing seasons.

For those of you who love the outdoors I strongly recommend this book. Through John’s eyes I not only learned the gripping story of what happened to them on that mountain, but also learned a lot about Everest and mountaineering in general.

If the name rings a bell, John is also the author of the extremely popular book turned movie Into the Wild, the story of Christopher McCandless aka Alexander Super-Tramp. Some people call McCandless an idiot, others a hero, but you can’t deny that the story of his last few years is an adventurous one.

When I was in High School a good friend of mine once said, “out of everyone I know, you’d be the most likely to go McCandless on us”. hahah, I considered it to be quite the compliment. 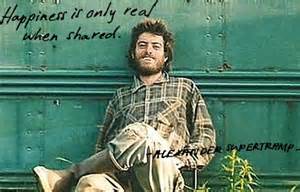 The next morning in UCSB I woke up while the college town was still asleep and went out for dawn patrol at a break recommended to me by my native friend. The spot was called Sands.

If you live in the area than you know it is preferable to just load up your bycle with a surf board and ride all the way over to the beach, but I got along just as well parking along the Del Playa rd at the near by Sea Lookout Park and making the short walk to the Beach.

What a beautiful way to get to a beach! This little trail carving along the cliffs is gorgeous. Even better, the way this beach faces is such that the sun set comes up over the water!

I took a couple pictures on my phone at first, but I had to stop they just didn’t do it any remote justice. The gradual stages of the sun rise from a little red speck coming up over the horizon to a full blown golden beam shooting across the water a sight I hope to never forget.

Specifically I remember one moment I dared not try and capture on my phone. A large flock of some small birds ebbed and flowed in unison seeming to skate above the golden water, weaving over the gentle waves of glass and between the old religious paddle boarders. Everything brought together by the atmospheric sound of waves crashing along the powdery shore. All I could do was stop my walking and soak in the beauty. Oh, and did I mention there was a pod of dolphins?!

I’m not too sure how it normally is, but the waves were mellow this day at Sands. The entire scene of the early morning and relatively warm temperature of the water made it a very calming session, but with no one to share waves with It was still an eventful two hours.

The water was insanely clear here and, due to its proximity to an apparently popular bird preserve, there was no shortage of cool birds gliding over the water or diving next to me for fish.

During those last 15 to 30 minutes a gentle fog took over the ocean where I floated in a way that looked like a movie. I wish you could have seen what I saw during that time, but maybe I needed that time without the lens of a camera to distract me.

I could have spent an entire week here in Santa Barbara and I wouldn’t run out of things to do, but it was time to load up my car again and head up to the next stop. I had a friend waiting for me at San Louis Obisbo!

Up until that Friday afternoon I had never been closer to SLO than Morrow Bay. I always heard it was a beautiful place, but I was blown away by how beautiful it was and it never really clicked until then just how close the school is to the beach!

After getting lunch at SLO’s High Street Deli, hilariously located at 420 High Street, we drove up to Prefumo Canyon road for some amazing views accompanied by some friendly cows.

This is quite the place to chill and soak in the hills of SLO. During the spring time I’m sure these would be a vibrant green, but I have always enjoyed the particular color that comes from the dry grass.

It’s easy to get to, and the winding canyon road is nothing short of beautiful – instilling a level of peace to all who seek the views higher up on the road. So I’m told this is the spot for a sun set.

Next, we went back to the school and found our way to the “Arch Graveyard” – a section of open hills designated for school architecture projects going back a couple decades. Structures in this “outdoor experimental construction laboratory” range from houses to sculptures and everything in between.

To get here we followed a mellow trail following a little creek and covered by the shade of some great big trees. Once you get to the grave yard you can cut back and forth over the creek and the trees around it, but you will mostly find yourself in some gorgeous wide open areas.

This is also near the very popular serenity swing hike. If we had enough time we could have done both in one trip, but this spot was so unique I’m glad we chose it.

Same as Santa Barbara, it was hard to let this place get disappear behind me as I drove north to Palo Alto, but I had a game to play and a couple more places to see before I would call it a weekend.

After the teams victory I did my part to help devour 13 boxes of pizza in Stanford’s Rugby “Club House” then I made my last hour and a half of north bound driving to Sonoma State.

Worn out from driving and the long nights that accompany seeing old friends I decidedly made my last day up north a slow one. I slept in, took recommendations for the local eats, and finished off the trip with some good old fashion Clue and Mario Cart.

With a couple hour gap during my friends fraternity event, however, I took the opportunity to squeeze a quick hike in.

I took my time on a mellow 2 hour loop hike to Taylor Mountain. A spot raised above the Santa Rosa plains, providing gorgeous views of Sonoma County.

There was a moderate amount of people on this Sunday morning hike, yet the openness of the area and variety of trail options erased any feelings of it being crowded. In fact, I enjoyed the friendly greeting of the occasional hiker.

Disregarding the possible incorporation of the many off shooting loop trails, there seemed to be two ways this hike could be tackled.

There is the less steep meandering trail cutting back and forth on the mountain. I enjoyed this option, but many people took the wider path directly up the small mountain.

If your primary goal of this hike is a work-out the second option is the way to go. It’s shorter, but if you made a couple trips out of it you would get an awesome work out and great way to get in shape or start your training for bigger more serious hikes like Mt. Whitney.

All that was left for me now was to make the beautiful trek back to San Diego. Thankfully I left at 5:00am and skipped practically all traffic – even coming through LA! Unfortunately, my hour long detour to Fort Point under the Golden Gate Bridge didn’t result in the surf sesh I was hoping for.

It was still a little on the darker side despite the lights on the bridge, but the real kicker was that I must have some how misread the surf report when I first woke up. There was nothing!

For those who are looking to check out this surf spot it definitely is one on my bucket list. From the research I’ve done it isn’t as consistent of a spot and it won’t be the best wave in the world, but I just don’t think you can beat the uniqueness of the scenery. If the stars align just right when you a here hit it up for me.

Every source I’ve read on Fort Point acknowledges the locally regulated line out. Be aware of that going in, but all the reviews I’ve read on the spot are positive and claim that you’ll have a good time if you respect their control.